I’m sitting in an airplane taxiing down the runway towards the gate. I’ve just arrived back in Atlanta from an out of town vacation. I look out the window and notice one of the food service trucks getting ready for a plane to pull up to the gate. The side of the truck is brilliantly decorated with a photo of fresh green vegetables, wet with dew and looking like

they were picked minutes before the picture was taken. Two things strike me about this image. First, it sticks out against the gray, dingy pavement and the exhaust-stained machinery all around it. Second, for a moment it actually makes me believe that the food on that plane is going to be good. Well, maybe not good, but at least better than if the truck just said “Food” on the side. Curious, isn’t it?

Imagination is a powerful faculty. In fact, as I’ve reflected on it, it is one of the most powerful things about our human minds. It is what makes marketing work. I can believe that the truck is carrying fresh healthy food because of the picture on the side of it. I believe that the salad from the fast food restaurant actually has real fruit in it because that is how it is marketed to me. Pictures tell a story and my imagination fills in the details.

Savvy shoppers understand this and can get around being duped by good marketing. But imagination is the engine behind some more serious dilemmas in life. Take fear for example. Most fear is 1% circumstance and 99% imagination. Swimming in the ocean, my fear of being eaten by some gigantic sea creature does not come from my experience but from my imagination. I have never even seen a gigantic sea creature in the ocean (in real life), but my mind (and memories of images placed there by movies and television) fills in the gaps for me and causes fear to rise up in me. In reality I’m perfectly safe…in the pool.

Lust is another perfect example of this. It is not the object of lust that makes it appealing, but rather what my imagination does with the object that creates the desire. Imagination takes an idea and runs wild with it, creating the illusion that it will make me happy. Reality is light years away from what lust promises. And yet imagination can be incredibly convincing! This is why pornography is so devastating. It simultaneously poisons the imagination with its illicit “steroids of fantasy,” while destroying the mind’s ability to imagine (because it leaves nothing to imagine). Lust is thus a lethal parasite to the imagination.

Knowing the truth about imagination helps me in three ways. First, it helps me see that the battle begins in my mind. So often I underestimate the importance of my thoughts. It is so vital that I learn to recognize destructive thoughts and take them captive in obedience to God’s word (2 Cor. 10:5).

Second, it helps me see that I am my biggest problem. Many of us make the mistake of blaming our problems on our surroundings. In fact, it is not the surroundings that are the source of our greatest struggle but what lies within us that leads us astray.

Finally, it clues me in to God’s design for my imagination. The imagination was given to us by God. It was meant to give us all kinds of insight into who he is and what he has 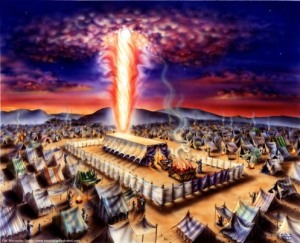 done. The stories of the bible come to life through a sanctified imagination. That is why it is so vitally important to guard our minds and protect them so they can be used for God’s glory.

“Think over what I say, for the Lord will give you understanding in everything.” 2 Timothy 2:7